Have you received an email, text message, Facebook request or card in the letterbox which made you wince?  Me too.  And it was today.  I guess I should be grateful that the sender did not phone me.  I would have spluttered my way through the conversation and tried to weasel out of giving this person any information about myself since I last saw them 24 years ago.

Do I feel annoyed, upset or beguiled by their surprise appearance on Facebook?  I’m not sure.  First, I wondered what prompted this bolt-from-the-blue contact.  Second, I wrote down our backstory to get my head straight:

We worked together before our children were born, she was going into a new marriage and I was leaving an old one.  This woman’s role was administration manager or something like that, she did a lot of accounts and moaned about the way forms were filled incorrectly.  She had a corner office with a big desk and spent a lot of time talking to staff in an over-friendly, mocking way that unpopular people have when they are trying to be popular.

As a matter of fact, I’m ashamed to admit, I became part of her bridal party.  I succumbed to pressure and involuntarily became a bridesmaid.  Her friend or her sister was matron-of-honour and I think there may have been another bridesmaid but maybe I replaced someone who wasn’t up to task.  Anyhow, I remember the gown fittings, the diamanté jewellery, the shoes, the bouquets, the whole rigmarole was exhausting.  On the Big Day I had professional make-up applied (trowelled on) and I thought it looked hideous.  My hair was whooshed back and I felt as stiff as a Barbie doll.  A close-up photograph of me doesn’t look too bad – gosh, I was young.

Now, dear reader, I was in a relationship with an army sergeant at the time and the wedding photographer was an ex-boyfriend.  I don’t remember feeling tense about them being in the same ballroom.  Maybe I blotted out that part of the evening.  I do remember my ex-boyfriend wilfully snapping a photo of me dancing with my new partner.  I’m not a dancer.  It was an okay wedding ceremony with theme colours of pink and maroon which were quite tastefully done.  As befits the centre of attention, the bride played her part but the groom was a bit quiet, e.g. rather inanimate character.  Predictably over the intervening years, the cake, food, groomsmen and speeches left no impression. 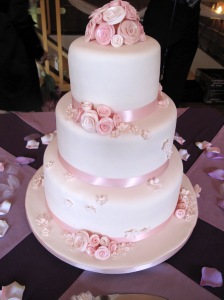 Not long after the Big Day, I resigned from the corporation where we both worked and I started another life.  I briefly met the woman in question about two years later outside a local video store (remember videos, overnight rental, tape jams?) and she was with her husband and six months pregnant.  From what Facebook will let me see, she has a couple of children now.  With no family news or information, she perceptively called me ‘Stranger’, asked me if I was still living in the same place and did I want to meet up?  Why, and why now?  Truth must be told; I was uncomfortable around the woman.  She had the knack of grating on me, especially when she initiated ‘jokes’ with co-workers.

A long-time friend, a dear person who lives in the countryside, says he has been contacted by various ‘friends’ he hasn’t seen in years and feels they are freeloading in their desire to drop in on his rural idyll, taking advantage of a convenient escape to the country.  I, too, have had similar occurrences in suburbia but I tell people that I do not entertain at home and we don’t have a spare bed.  And that is true enough, depending on the visitor.  With this mystery reappearance of a workmate (as opposed to friend) who made no contact with me after the wedding, much to my relief, and now wants to buddy up as if 24 years is no time at all – I don’t get it.

Is she divorced?  Is she retiring?  Is she thinking kind thoughts about me?  Or is she bored with her life and Facebooking randoms from her past?  Another truthful moment; I don’t think we would have one single thing in common.  Possibly she has changed, possibly I’m anti-social, possibly infinite variables.

Am I tempted?  Sure, I’m tempted.  I could click Accept or Decline on that Messenger button.  Click Accept and, hey presto, all will be revealed.  Also, it would expose a lot of stuff I don’t want to remember very closely.  Then there’s the difficulty of worming my way out of it.  I don’t want an added extra to my social life right now.  As previously posted, I am cutting back on my social media.  I want to move forward…write and relax…my way…I guess I could just say ‘hello’ and not get involved…I guess…