John Milton (December 1608 – November 1674) was an English poet of the late Renaissance period. He is particularly noted for his epic poem on the fall of Satan and Adam and Eve’s ejection from the Garden of Eden ‘Paradise Lost’ which he composed in blank verse after going blind.

Allow yourself plenty of time to read this legendary poem!

‘Poem of the Week: Paradise Lost by John Milton’ a unique viewpoint from Carol Rumens of The Guardian who says ‘The muscular blank verse of this great classic reveals a visionary amalgam of the biblical and the classical.’
https://www.theguardian.com/books/booksblog/2019/jan/07/poem-of-the-week-from-paradise-lost-by-john-milton 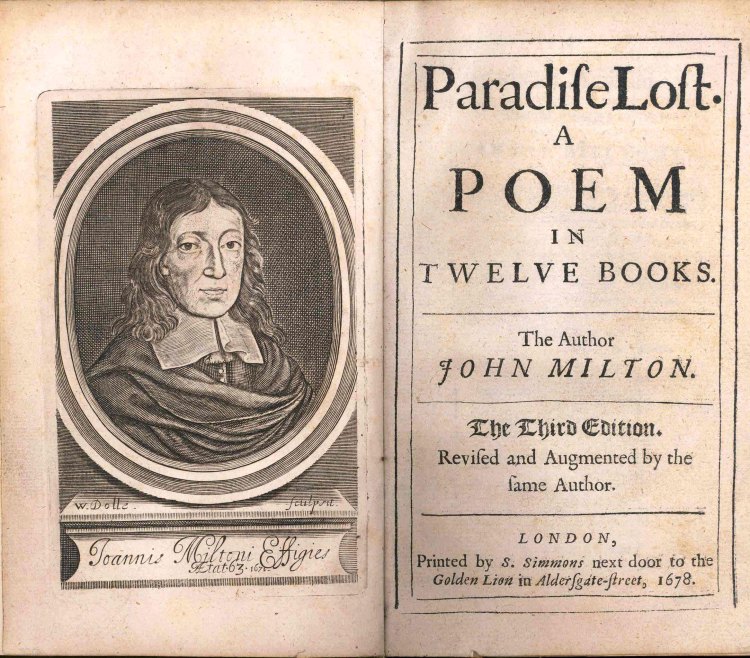