Who’d have thought it?  Margaret Eleanor Atwood (1939- ) author of The Handmaid’s Tale, Alias Grace, The Blind Assassin and more than forty other books of fiction, poetry, critical essays and a graphic novel has written children’s books.

Margaret Atwood also wears various hats, from activist through literary critic, inventor, environmentalist and award-winner with honours and degrees, yet for me this news was surprising.  Not so surprising is the quirky nature of her children’s stories!

Being a kidlit fan, I immediately wanted to read several of those earlier Atwood books but found they (like this non-fiction For The Birds) were no longer in print, or libraries, but may be available through state archives or second-hand book merchants.  I will track down her first children’s book Up in the Tree (with her own illustrations and hand-lettering, quite possibly written for her young daughter) because the story intrigues me.

Along the way, Wandering Wenda and Widow Wallop’s Wunderground Washery was adapted into the children’s television series The Wide World of Wandering Wenda aimed at early readers with different adventures using words, sounds, and language.

Happily, in 2017, three of Atwood’s books were re-published, printed and bound in Canada into one compilation A Trio of Tolerable Tales.  I was able to buy a new copy with Serbian Dušan Petričić gorgeous drawings.  Atwood’s alliteration is absolutely awesome!

♦  Here are my reviews of these alliteration-filled, tongue-twisting tales…read on…. 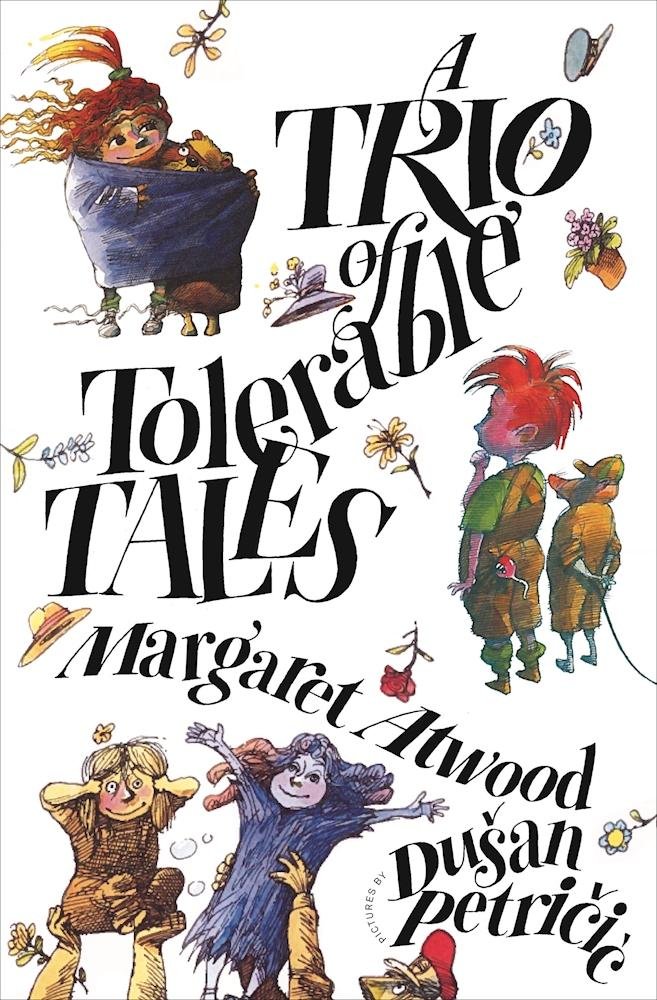 ♦  Rude Ramsay and the Roaring Radishes

The reader follows the adventures of Ramsay and Ralph the red-nosed rat as they traverse various repulsive obstacles to find a round, Roman-vaulted rat hole leading to food nirvana – round red radishes ready to be devoured.  The radishes revolt and start to attack but thankfully owner Rillah comes on the scene.  She forgives their trespass and shows them around her romantic rectory, rotunda, rococo artworks and rumpus room.  There’s a bit of a ruckus with Rillah’s relatives Ron, Rollo and Ruby, so Ramsay & Co beat a hasty retreat back outside and romp rapturously under a radiant rainbow.  There is a very clever twist regarding the radishes and how they repel intruders!  A fun story which needs patience on the part of the reader, especially reading it out aloud for small children.  Laughs are guaranteed and you will marvel at how many ‘R’ words exist in the English language.  GBW. 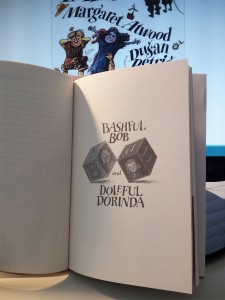 Bashful Bob was abandoned in a basket outside a beauty parlour and nobody claimed him.  There is a neglected dog park across the street and the resident dogs are Bob’s best buddies.  There is a beagle, a boxer and a borzoi who believe “We must be benevolent” and they look after young Bob.  On the next block lives Doleful Dorinda.  She’d been dumped with despicable relatives who say “Dorinda is a dope” and make her sleep beside biohazard material.  Her food is awful and she is treated like a slave.  Finally Doleful Dorinda runs away and meets Bashful Bob on the vacant block.  You will have to read this story to find out how their names were turned into Brave Bob and Daring Dorinda but it makes a jolly rollicking tale especially if you like dogs!  The plot and resolution are more conventional, even with the proliferation of ‘B’ words.  A flowing, tangible fairytale and I found it easy to absorb.  GBW.

Wenda is a willowy child with wispy hair and wistful eyes.  Her parents are whisked away by a weird whirlwind and thereafter Wenda wanders aimlessly.  She makes friends with Wesley woodchuck and they share food scraps and wodges of wieners until one day they are kidnapped by Widow Wallop.  She takes them to her Wunderground Washery to “wash whites whiter than white” every day.  Between the drudgery, they feel sorry for Widow Wallop’s white Welsh ponies and three other waifs, Wilkinson, Wu and Wanapitai.  Together they plot their daring escape, only to encounter wolves along the way.  How will they evade Widow Wallop’s clutches now?  There is an unexpected reveal at the end!  I think some of the scenes may disturb younger children, particularly those with separation anxiety.  Older readers will chortle at the profuse ‘W’ words and idiosyncratic wordplay.  GBW.

QUOTATION:  “Comfort with reading begins in childhood, when parents or other loving adults read to children.  It creates a ‘safe’ place where — nevertheless — dangers can be explored (and, in children’s books, hopefully, overcome)…. I think my children’s books function as protected spaces for me.  I look at darker things quite a lot, but the kind of children’s books I write are light, and have happy endings…. That’s a relief, when I can manage it.”
—Margaret Atwood, author.

♦  The interior of this book is printed on paper that contains 100% post-consumer recycled fibres, is acid-free and is processed chlorine-free so there’s nothing to worry about, Wenda.