Exactly what we need in these days of social-distancing!

I’m looking for story and poetry submissions for the May issue. A nice way to honour a special person at a time when we might not be able to visit…

Mothers, grandmothers, daughters who have children of their own, special aunts and friends…send them in 🙂 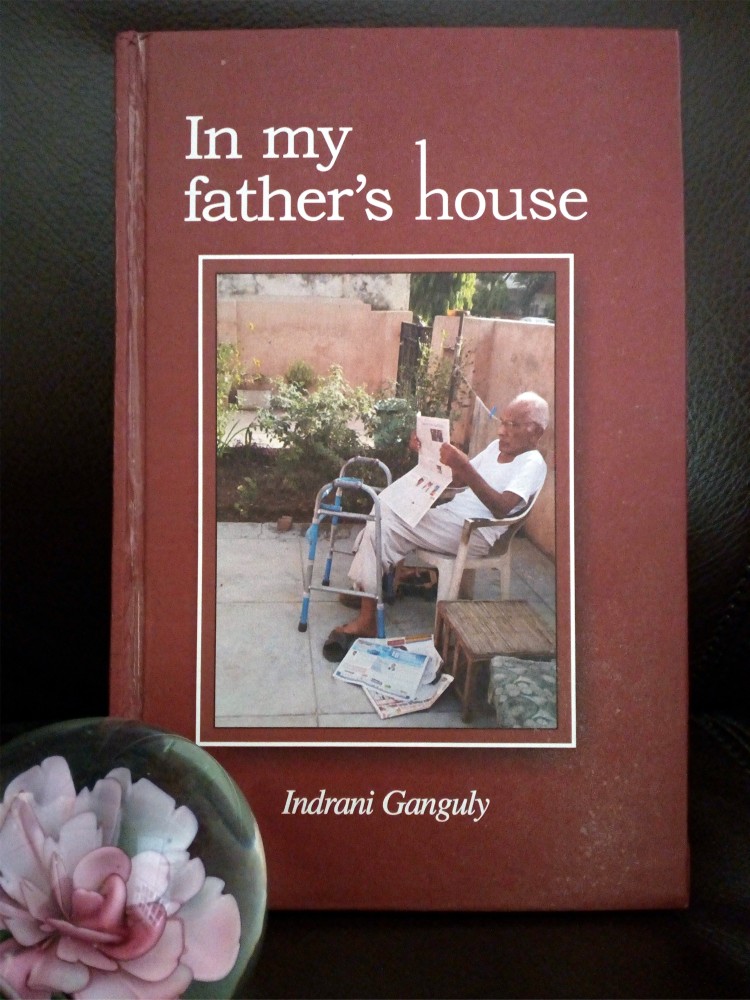 When I first picked up Indrani Ganguly’s memoir-style book, I dipped into a couple of stories.  It soon became apparent the pages contained a thoughtful mixture of poetry, artwork, travellers’ tales, photographs and fiction stories in a layout designed to gently lead the reader though Indrani’s world.

Chapters are grouped under different headings, the kind of book which anyone can read and everyone will find something that touches them.

The content captivated me with a mix of fact, fantasy and deep emotions initially triggered by Indrani’s return visit to her father’s house and her old room which had been left untouched since she moved out.  This is where her thoughts begin to unfold, first with artwork and poems then a retrospective short story about her family titled ‘Menagerie Manor’.

As luck would have it, being a fan of crime novels, the first short story I read was ‘A Candle for Bob Carter’ in which plain-clothed Chief Inspector Bob Carter is on jewel-guarding duty at a swanky fancy dress Christmas party during a hot Australian summer.  ‘We’ll turn the air-conditioning up dear,” says Leila as the sound system booms the obligatory yet incongruous ‘I’m Dreaming of a White Christmas’.  Such a fun twist at the end.

Under the tribute heading Women Worldwide, I read in awe as determined elderly ladies went ‘Walking in the Land of the Gods’.  Later I laughed out loud after reading ‘Durga Down Under’ a rather irreverent look at Durga, the Supreme Hindu Mother Goddess.  The accompanying poems resonated with me, particularly ‘A Woman’s Solitude’ a brief respite before a hectic day.  Under the title Travel Tales, Indrani writes with clarity and insight, transporting me to spectacular locations around the world.  My favourite is Shimla in the Himalayas which also has a lovely photo of Indrani and her daughter Gitanjali on rugged little ponies.

In this deceptively compact hardback volume there is a lot to read and think about.  ‘In My Father’s House’ is more than a treasury of family memories, Indrani’s words entertained and enlightened me.  She is in tune with diverse levels of society and human nature as well as comfortable within herself and her writing.

In her foreword, Indrani says ‘I continue to look both backwards and forwards for ideas and inspiration’.  I have already read and blogged her historical novel ‘The Rose and The Thorn’ and look forward to more literary adventures. 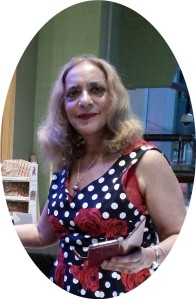 Indrani Ganguly was born into a Bengali family in Lucknow and now lives in Brisbane with her husband, son and daughter.  She travels extensively around Australia, India and other countries.

She studied English Honours in Lady Shri Ram College, Delhi University, has a masters in Sociology from Jawaharlal Nehru University, and a PhD on the impact of British occupation on revolution and reform in Burdwan, now in West Bengal.

‘In My Father’s House’ was published 2015 by Unique Publications Delhi, and her novel ‘The Rose and The Thorn’ was published 2019 by Boolarong Press Brisbane.
Indrani’s website: https://indraniganguly139.wordpress.com/blog/

Virago is an international publisher of books by women for all readers, everywhere.  Established in 1973, their mission has been to champion women’s voices and bring them to the widest possible readership around the world.  They found me!  From fiction and politics to history and classic children’s stories, their writers continue to win acclaim, break new ground and enrich the lives of readers.  That’s me!  Read on… 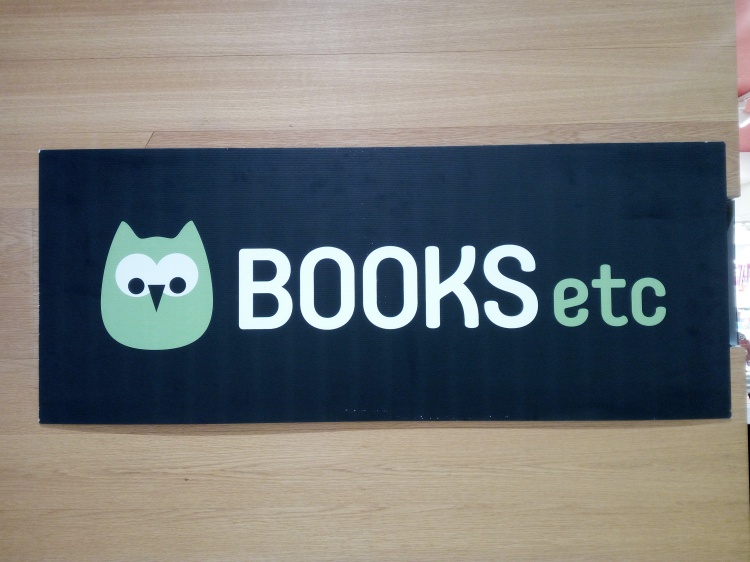 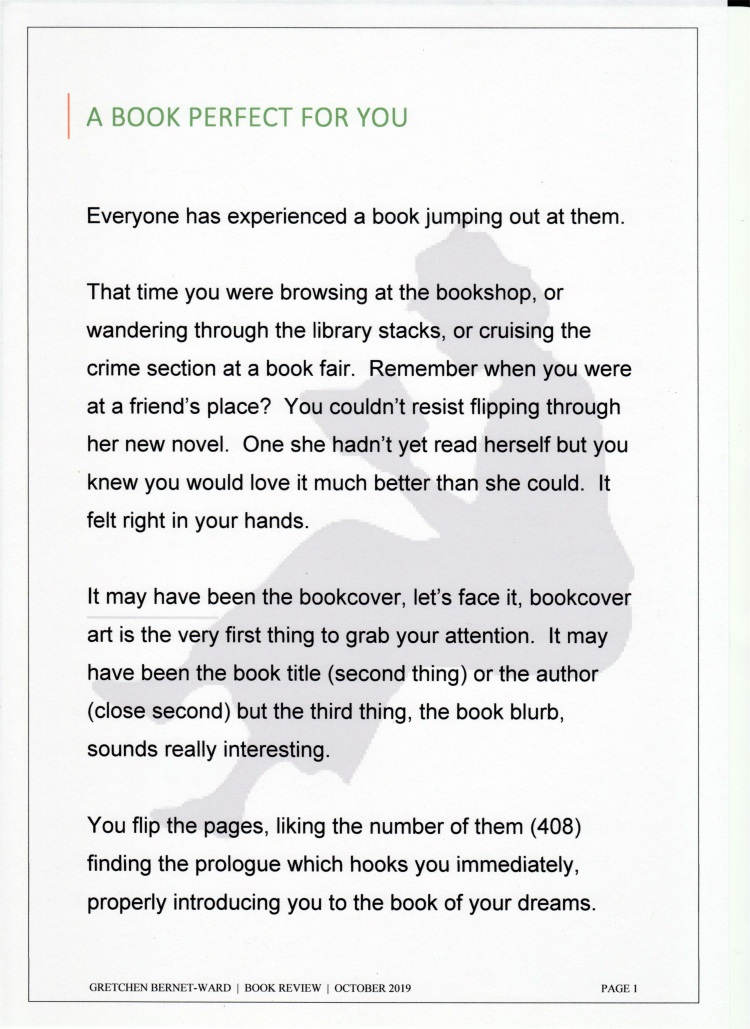 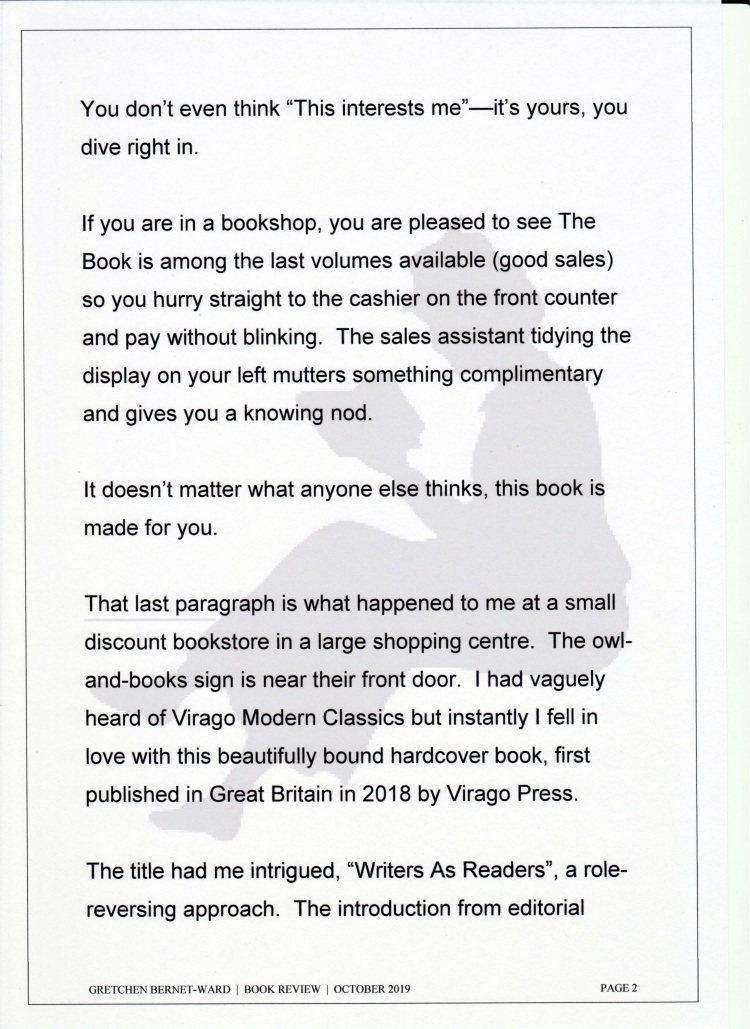 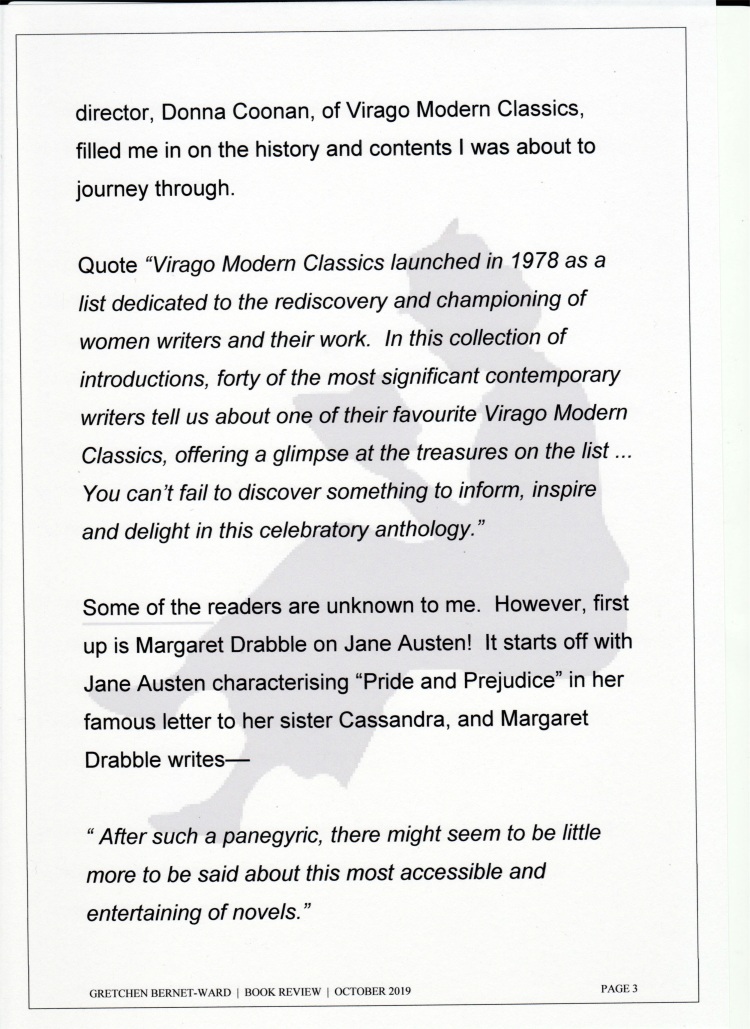 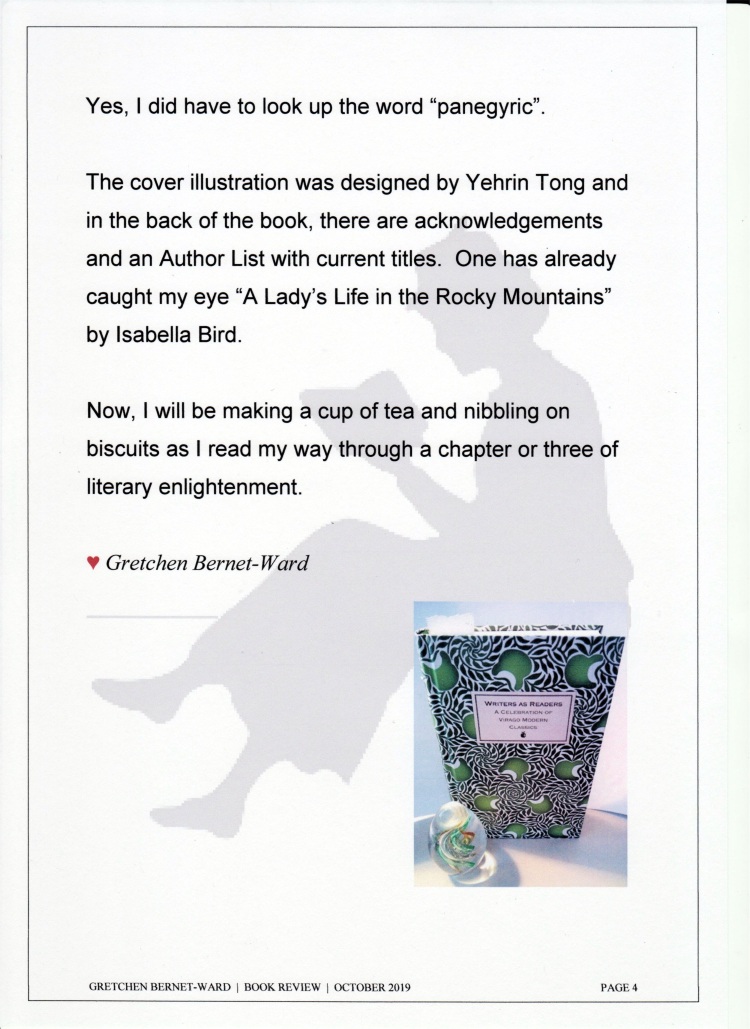 Superb anthology of the last forty years of Virago Modern Classics with a gorgeous bookcover illustration. Great for readers who appreciate women writers and also for students studying literature. Each contemporary author writes a sincere and thoughtful introduction from their own perspective as a reader. They cover the classics, from fiction and comedy to famous diaries and autobiographies. For example, Margaret Drabble discusses Jane Austen ‘Pride and Prejudice’ and further on Jilly Cooper talks about E. M. Delafield ‘The Diary of a Provincial Lady’. Although I’ve not read ‘Strangers on a Train’ by Patricia Highsmith, I think Claire Messud has convinced me to read it. At the end of Amanda Craig’s introduction on Rebecca West ‘The Fountain Overflows’ she says ‘The novel is one of those rare books that leaves the reader feeling happier and more hopeful than before.” And that’s exactly what this Virago Modern Classics makes me feel ♥ https://www.goodreads.com/gretchenbernetward

Virago celebrated their fortieth anniversary of Virago Modern Classics, Virago Press published the book I so eagerly purchased ‘Writers as Readers’, an anthology of forty introductions from the last four decades…books that deserve once again to be read and loved.  Virago also reintroduced the iconic green spines across their whole booklist.

Virago has a huge booklist, I’m sure you’ve read several of their titles, and rather than me listing every book available, you can visit their beautiful website:
https://www.virago.co.uk/

Congratulations to the successful writers listed below.  I am still dazed at my accomplishment, a double dip! The two short stories I submitted have been close to my heart for some time and it is truly wonderful to have them recognised.

The Estelle Pinney Short Story Competition is Australia-wide and I am the only member of Society of Women Writers Queensland to win honours this year.  Such a privilege! 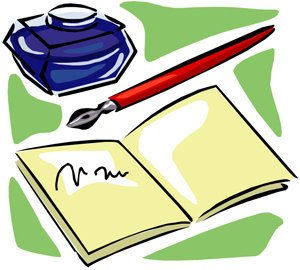 ‘Mero in the Library’ by Gretchen Bernet-Ward (Queensland)

‘Not Everything is Cut & Dry’ by Maree Gallop (New South Wales)

‘The Lies of Love’ by Jo Mularczyk (New South Wales)

The competition judge, Lauren Daniels, is director of the Brisbane Writers Workshop.  Lauren is a qualified editor, author, mentor and trainer of professionals, academics, writers and editors.

I would like to thank the President and Committee of  Society of Women Writers Queensland Inc and acknowledge author Estelle Pinney for her ongoing encouragement via this competition.  It is a morale boost to have my work recognised and financially rewarded.

In the spirit of giving, I have donated my prize money back to the Society.  It may help a new member, or go towards a workshop at Bribie Island Writers Retreat, or perhaps an event with cake! 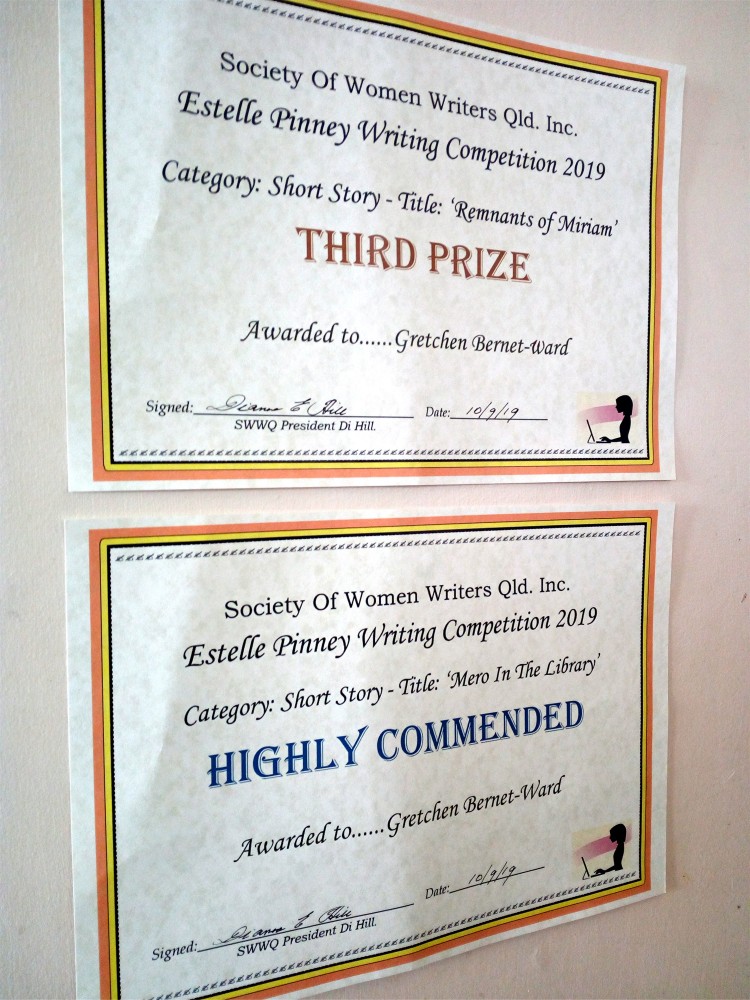 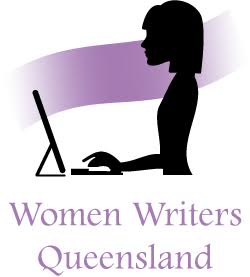 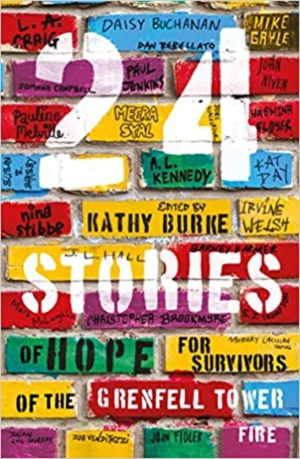 My routine was much as usual on the morning of Wednesday 14th June 2017: I arose early for work, fed the chickens, settled myself at the kitchen table for my first cuppa of the day and switched the TV on to watch BBC News.

For several seconds I stared vacantly at the screen, unable to comprehend the shocking nature of the images I was seeing. There was a man sobbing incoherently to a reporter and then emergency services vehicles were shown illuminating huddles of grim-faced onlookers in their flickering lights. It began to make sense when the picture jumped to a high-rise block of flats of the sort you find in cities throughout the UK, except this one had taken on the appearance of an immense Chinese lantern burning uncontrollably over a sleeping city.

This was Grenfell Tower, a 24-storey Brutalist-style construct in North Kensington…

For anyone, young or old, who know dragons do exist and not just in their dreams… 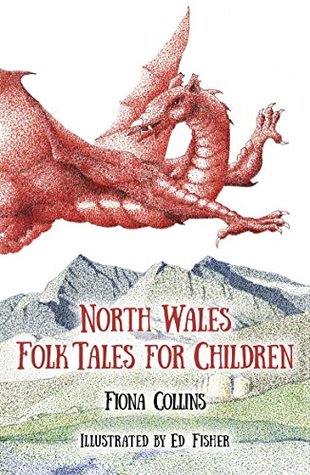 ”…under the stone, two dragons are curled up, fast asleep. All day, they sleep, but at night they wake, and then they fight. Their battle destroys your tower each night.”

Wales, lovely, mysterious, mythical Wales… A land of heroes and gods, a place where myth and history walk hand-in-hand only to be lost in times unrecorded, misty and shadowy. This beautiful little book is dedicated to the Northern part of Cymru, home to the legendary area of Snowdonia and Ynys Môn and to three World Heritage sites.

Known once as the Kingdom of Gwynedd, North Wales has an endless wealth of traditions and folklore. We will meet a giant and a giantess who fight over a hammer. A clever boy named Gareth (…Wales…