Actor Ioan Gruffudd stars as the boat-dwelling Dr Daniel Harrow in the new TV forensic drama series ‘Harrow’ filmed in Brisbane, Australia.  The goal for this intellectual forensic drama, featuring an unorthodox and edgy forensic pathologist who lives aboard an untidy boat on the Brisbane River, was achieved by the combined talents of ABC Studios International and Hoodlum Entertainment.

Welsh actor Ioan Gruffudd, whose recent screen credits include movie ‘Fantastic Four’, TV series ‘Liar’, ‘Forever’ and earlier ‘Hornblower’, is now 44 and says he has more life experience to get under the skin of somebody like the flawed, smart and sarcastic Dr Harrow.  Ioan, who also filmed ‘San Andreas’ in Queensland, fell in love with Brisbane, swimming with dolphins, attending theatre productions and an Ashes test cricket match at the Gabba stadium which unfortunately ended with treatment in hospital for heat stroke.

Leigh McGrath, executive producer of the 10-episode season of ‘Harrow’, says “Brisbane has got the tropical heat and humidity which I think adds a different feel to this forensic drama.  Normally they are cold, they are Scandi noir, whereas we went the opposite.”

To quote The Australian newspaper journalist Justin Burke “The pilot episode presents an exquisite personal test for Harrow: does he quit his career and sail to Bora Bora as promised with his troubled, thieving, drug-addicted daughter? Or does he heed the professional challenge of grieving father Bruce Reimers (Gary Sweet), who is begging Harrow to reopen the investigation into his daughter Olivia’s death?”
and
“In addition to the procedural, crime-of-the-week element of the show, there is an overarching mystery that we are presented with in the opening scenes. Someone is seen dusting a body with concrete and throwing it off a small boat into the Brisbane River in the middle of the night. Who and why will be revealed in good time.” 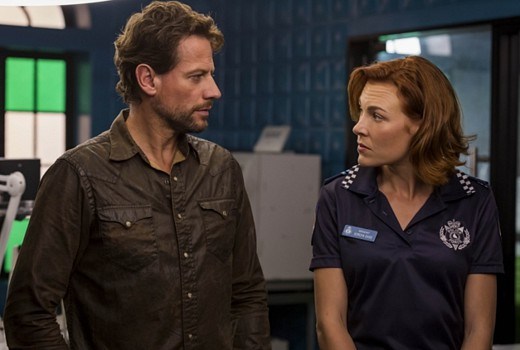 If you click Ioan’s name (further on) you will see video footage of ‘Harrow’ filmed around inner Brisbane.  Dr Harrow, a senior medical examiner, is based in the Queensland Institute of Forensic Medicine which in real life is the heritage-listed Brisbane Dental College near City Hall.  Postmortems are not as easy on the eye as handsome Ioan Gruffudd.

This series is like reading a crime book with my home town in the background, I love picking out familiar landmarks and wondering how the film crew recreated a gruesome scene.  The Brisbane River (Maiwar) stars but there are several familiar supporting actors to spice things up, e.g. Anna Lise Phillips, Remy Hii and Robyn Malcolm.

Keri Lee, boss of Disney’s ABC Studios Intl, is negotiating with global networks so hopefully this major drama series will be made internationally available.  Meanwhile Australian viewers can watch ‘Harrow’ on ABC1 on Fridays 8.30pm 2018 or all complete episodes on iView. 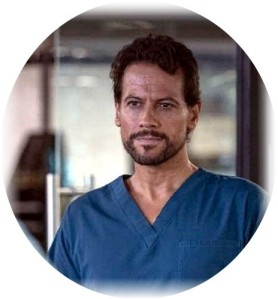