On arrival, drinks and nibbles were a nice surprise after travelling by bus along winding streets to UQ Alumni Rare Book Auction.  From then onward it was non-stop action from 6pm until 9pm in Fryer Library. 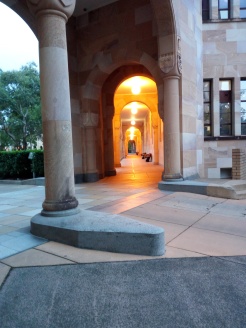 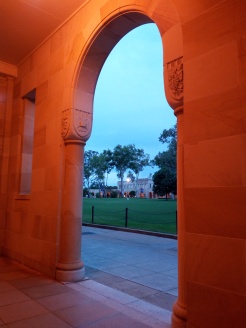 Beforehand, I walked not the ‘hallowed halls’ but the beautiful arched sandstone walkways of the Great Court to the Fryer Library entrance.  I caught the lift to the fourth floor where several people were mingling in the foyer beside the bidding registration table.  On receiving Number 30, I hoped it was a lucky number.

I wandered in to the library, strolled through all the assembled black chairs, and entered the book viewing area.  Lighting was subdued but it was easy to see the fascinating array of old books waiting patiently for my frenzied bidding.  Not quite frenzied; but to jump ahead, I did offer a bid for a beautiful book, at least I think it is, which started and finished at the same amount, i.e. nobody out-bid me.  Shame really because Smith, A. Croxton ‘Tail-Waggers’ Country Life, London, 1935, 147 pp has superbly rendered B&W mounted etchings by Malcolm Nicholson. 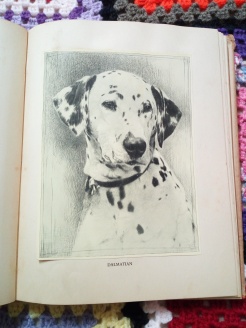 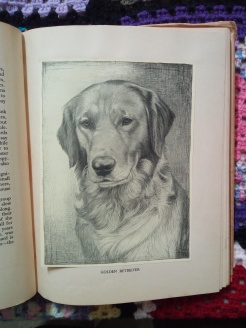 After ascertaining if I could take photos, permission granted, I ended up being so entranced by the bidding that I didn’t take many shots.  The introductions, welcome and Acknowledgement of Country were conducted (first by university librarian Caroline Williams originally from Nottingham UK) and at 6.45pm, auctioneer Jonathan Blocksidge stood behind the lectern.  Game on! 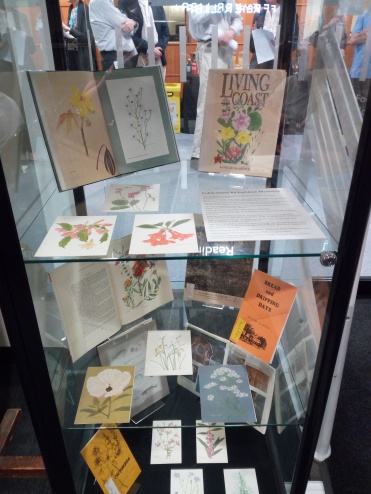 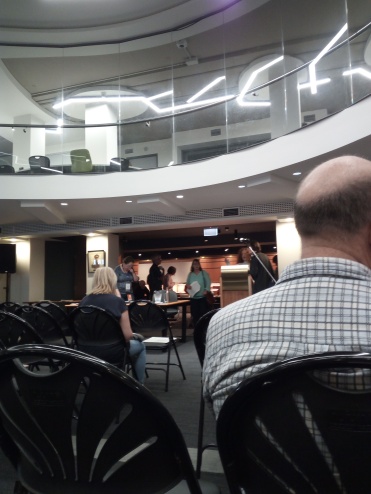 The bidding was fast and Mr Blocksidge kept the pace up, the heat on and the bids rising.  There seemed to be some pretty serious collectors and possibly agents in the audience and at times the bids rose in increments so rapidly it was hard to keep track.

There were absentee bidders and Lot 27 rose above the reserve price.  As the night progressed – 146 lots were listed – bidding ‘wars’ occurred, particularly between two people behind me.  The jousting for Lot 62, first edition of ‘Human Action: A Treatise on Economics’ made the audience applaud in appreciation.  Same for Lot 66 ‘The Natural History of Man’ and Lot 86 James Cook’s ‘A Voyage Towards the South Pole’ which later culminated in Lot 105 Charles Kingsford-Smith’s personally signed copy of ‘Story of Southern Cross’ going for a huge amount.

Regrettably, the star of the show and expected highlight of the evening Lot 146 Gauss (de Brunswick) book ‘Recherches Arithmetiques’ did not meet the hefty reserve price. 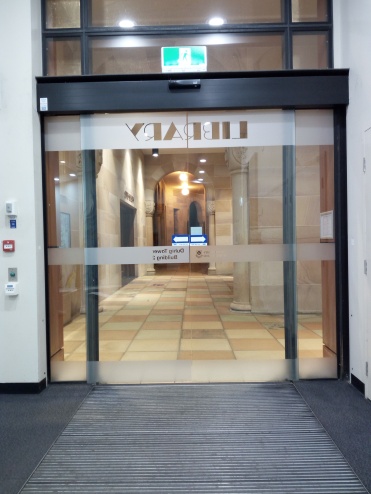 The UQ team of staff and volunteers worked tirelessly throughout the evening, quiet yet ready to assist, and I think they did an excellent job.  In fact, I have been reliably informed that all of the auction organisers I had contact with are UQ Alumni Friends, Members and volunteers.  They were supported by the Fryer Library team (led by Manager, Simon Farley) who organised the chairs, allowed use of the library space, and provided the hospitality pre-event.  A success well deserved!

I purchased and collected my precious old book of ‘Tail-Waggers’ and headed out into the cool, calm night.

Stick around for Part Three coming soon, my adventure with books, books and more books.  Or better still, visit the UQ Alumni Book Fair yourself!