The incessant fights in the Salter family are too real, their plight is real, every word is real and that’s what damaged me the most.  I took long walks due to the serious and unrelenting nature of the content.  Loaded with the troubles of the Salter family, cruel sarcasm, too much drink, too many smokes, I was getting worn down right along with them.  It took me a month to read this book in fits and starts but I’m glad I did.

Abrasive characters are well portrayed which makes them doubly annoying, they need to be accepted warts and all, like ‘mouthy’ Kerry Salter and her unlikable brother Ken who argue every minute of the day.  I’m sure I’d have put Ken in hospital at about Chapter Three.

Early on, Bundjalung woman Kerry has returned to her home town of Durrongo, and grieves the loss of her girlfriend Allie, her Pop and her stolen blue backpack.  She does a B&E, part retribution, part spirit world, and the universe turns a notch.  Fair move, but repercussions come later.  Then there’s romance in the form of her hot eye-candy boyfriend Steve Abarco who’s the flagship for level-headed, rock-solid men.

Kerry’s tarot card-reading mother Pretty Mary celebrates a birthday and those volatile chapters are my favourites.  At the party is another brother, gay Black Superman, maybe long-dead sister Donna, plus assorted Aunts (called Mary) Uncles and children who gust through the pages like eucalyptus smoke.  But forget about opening old family wounds, I’d say a lump the size of police headquarters sits in the pit of their stomachs, continually irritating their every move.

The battle against a new prison, to be built on sacred ground where Salter ancestors are laid to rest, ramps up with a land rights campaign.  Enter cops like Senior Sergeant Trevor Nunne and money-hungry Mayor Jim Buckley.  Ken’s flamboyant gesture on a piece of Buckley’s property was not appreciated and leads to disastrous retaliation.

You will have noticed that I am not giving too much away.

Writing style-wise, I did wondered why Kerry wasn’t written in first person.  Some events are seeded in advance while others appear to be inserted later to up-the-ante.  Every so often the voice changes, doubt creeps in, there’s a lull.  Or a change in atmosphere with The Doctor.  Occasionally things become omnipotent and POVs jump in and out of people’s heads but that can be overlooked for scary brave writing.

If you are not Australian, you WILL become lost in the slang and cultural references.

Read this rude, gutsy book if you ARE offended by swearing, truisms close to the bone, and the struggles of Indigenous people.  As Ken says in Chapter 15 ‘How to invade other people’s countries and murder ‘em, and call it civilisation’.

It’s a strong insight into the modern world and an ancient culture, one which doesn’t need skyscrapers because Country is a place of belonging and a way of believing.

* REFERENCE : Sydney Morning Herald interview insights into the writing of ‘Too Much Lip’
https://www.smh.com.au/entertainment/books/melissa-lucashenko-too-much-lip-was-a-frightening-book-to-write-20180724-h1326h.html

AUTHOR PROFILE : Melissa Lucashenko is an acclaimed Aboriginal writer of Goorie and European heritage.  Since 1997 Melissa has been widely published as an award-winning novelist, essayist and short story writer. 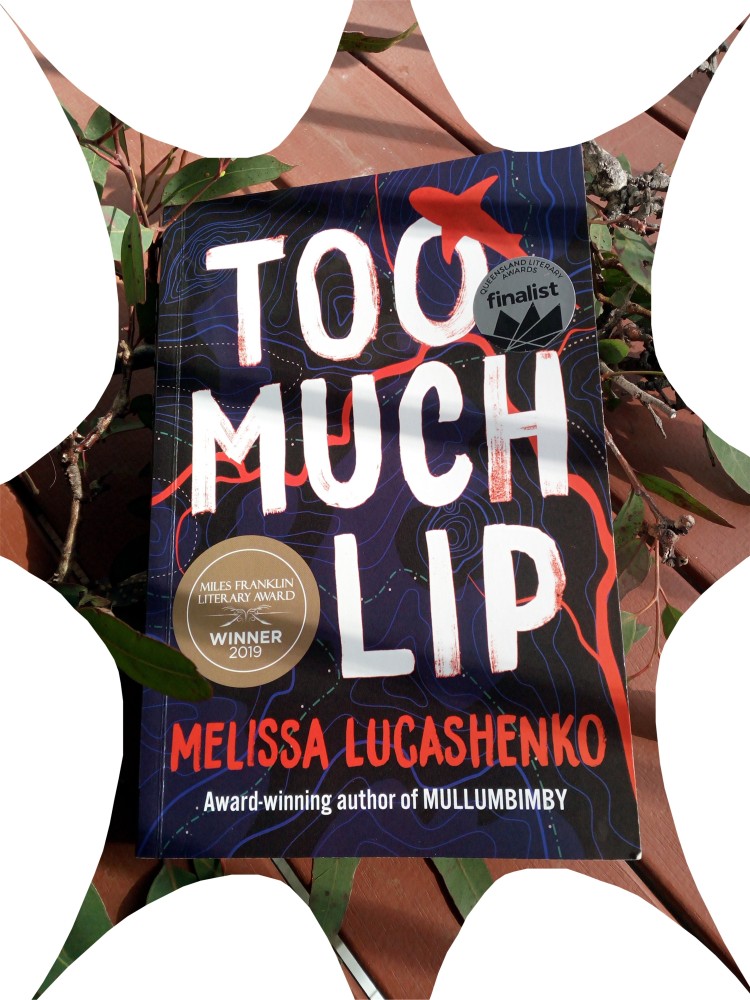