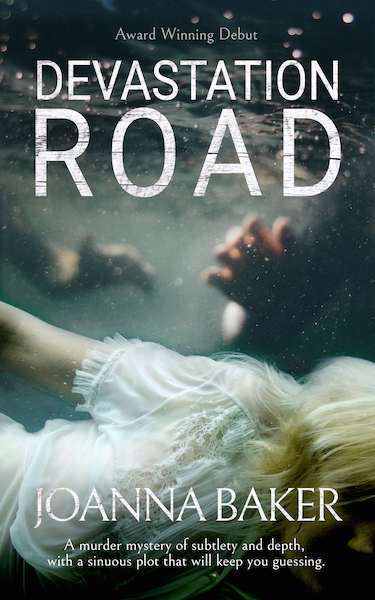 Author Joanna Baker knows how to start her books with a gripping first chapter.  Matt Tingle had fallen asleep in front of Mr Roland’s computer in the office of Craft Gallery and Tea Shoppe, where supposedly he was doing his history assignment, when a noise wakes him . . .

Next day, in the small rural gold-mining town of Yackandandah, our protagonist Matt is sitting in the Yackandandah Bakery trying to steady his jangling nerves.  He has a headache from inhaling toxic fumes during his misadventures the night before.  In walks his friend Chess who says ‘Golly Matty.  You look awful’.  Chess’ dialogue is not always contemporary and it’s tricky to pinpoint an exact decade but it gives the story an enduring feel.

Then to make matters worse for sickly Matt, pretty Tara Roland walks into the bakery, a vision of shiny-haired loveliness.  Tara is accompanied by her cousin Wando who gets a bit twitchy with the bakery assistant Debbie Wilson over her necklace and the drama escalates from there.

At this stage, Matt and Chess are two teenagers who are unknowingly about to become amateur detectives and embark on solving two local mysteries.  One is a cold case, a baffling hit-and-run road accident which turns Chess into the queen of concentration and Matt the emperor of emotions; they bounce ideas off each other . . .

This one is more personal.  Going for a walk, Matt and Chess find the drowned body of someone they knew well.  After the initial shock, they begin to investigate, slowly unravelling the mystery to discover a horrible crime.

In both cases, our intrepid pair find anomalies in the witness stories, items gone missing, half-remembered half-overheard conversations and scraps of notes.  They talk to a grieving fiancé and parents, chat to the mechanic at Yackandandah Motor Garage, join an apprehensive gathering at the Yackandandah Christmas Picnic, and Matt witnesses a hair-raising moment with Wando at Burrie Falls, the local swimming hole.

Their trial and error investigations are beautifully woven through the story with real clues and false leads.

At one stage Matt gets badly pummelled by the deceased’s brother Craig for inferring.  Matt is limping around putting on a brave face when Chess arrives.  ‘You get too carried away by things…you’re too theatrical’ she says, before getting embroiled in her own thoughts and hazardous hypotheses.  I had difficulty in picturing them at first; Matt seems solid enough but Chess has family problems, making her seem wise beyond her years.

The settings for this novel do exist, for example the Yackandandah motor garage, bakery, the creek and Falls.  I think it’s clever how Devastation Road was named but I am not sure it exists with that name.  Here’s the link if you are interested in reading more about north-east Victoria https://www.exploreyackandandah.com.au/

This is the first book in Joanna Baker’s Beechworth Trilogy.  I did a bit of swiping back-and-forth to see if I had missed anything vital.  Concentration is needed!  There is more to this story than meets the eye.  The ending is a chilling and substantial psychological twist I bet you won’t see coming.

Joanna Baker is an award-winning Australian mystery writer.  Devastation Road won the Sisters-in-Crime Davitt Award for Best Young Adult Novel and was described by The Age newspaper as ‘an outstanding first novel’.

Born in Hobart Tasmania, Joanna was educated at The Friends’ School, the Australian National University and RMIT in Victoria.

Joanna sets her novels in the two places she loves: Tasmania and the high country of north eastern Victoria.  She also writes and speaks about murder mysteries – why they are so enduring, and why they are not trivial.

Her current mysteries are The Slipping Place, Devastation Road and The Elsinore Vanish with Evermore coming soon.  And I would like to thank Joanna Baker for my review copy. GBW.